Any composer has to reckon with the work of Ludwig van Beethoven. As John Adams put it: “Another rite of passage that one must endure, if you’re to be a ‘classical’ composer, is to share the bed with one of the large guys.” Adams’ new work, Absolute Jest, is inspired by Beethoven’s more intimate works. The Orchestra and Michael Tilson Thomas perform Absolute Jest tonight in Chicago, at Ann Arbor March 23, and at Carnegie Hall March 27. The SFS and Carnegie Hall co-commissioned the piece, and MTT and the Orchestra performed the world premiere March 15 in San Francisco. David Littlejohn of The Wall Street Journal, in yesterday’s edition, said, “The wedding between string quartet and orchestra was masterly.” 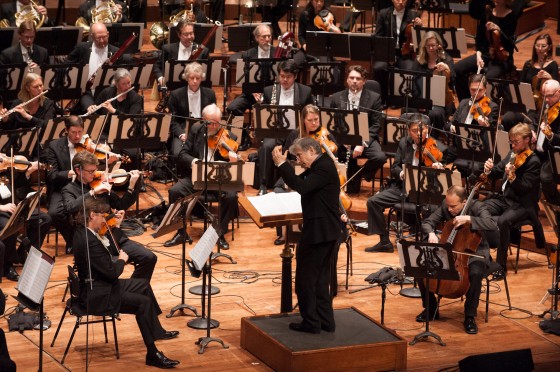 In his program notes on Absolute Jest,  Thomas May quotes Adams: “I frequently have these powerful, archetypal experiences with Beethoven, but with the piano sonatas and the quartets, which for me are the most vivid, rather than with the symphonies and the public music that gets heard all the time.” Comprising a large, widely spanning single movement, Absolute Jest incorporates more than a half dozen Beethoven fragments, mostly from the late string quartets. These fragments, however, are not simply rearranged “quotations” but provide the raw material for a score that could be by none other than John Adams. The unifying factor here is the composer’s attraction to what he calls “the ecstatic energy of Beethoven.” 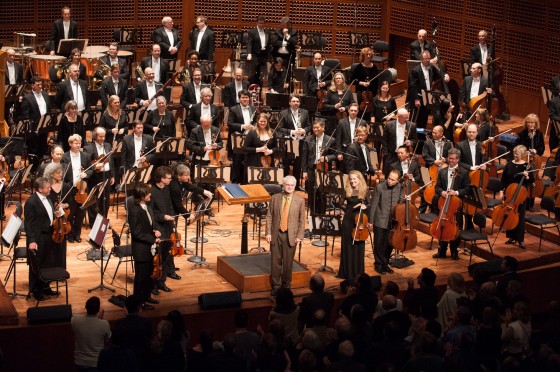