March 30th, 2012 | Oliver Theil
A four concert run of maverick music at Carnegie Hall comes to a close tonight with our second concert at Zankel Hall.  Enthusiastic audiences have greeted the musicians and composers throughout, with backstage looking like a who’s who of contemporary music.  After any given concert you’re likely to see John Adams talking with Mason Bates or Aaron Kernis or John Corigliano talking with Morton Subotnik and Meredith Monk, and Steve Mackey and David Del Tredici have also stopped by to say hello. 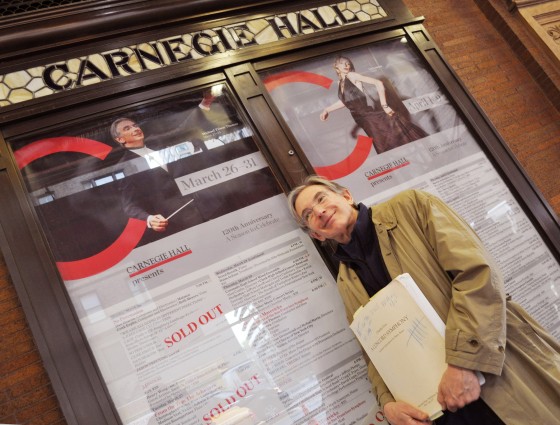 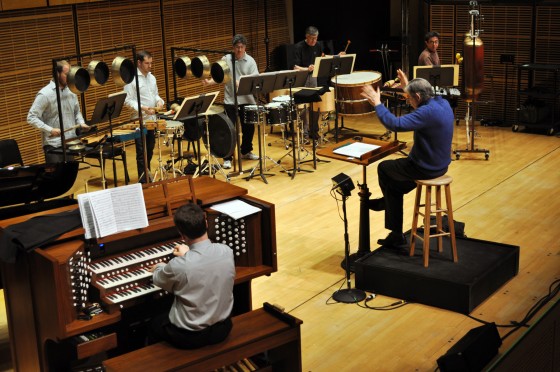 Rehearsing the Harrison Concerto for Organ and Percussion Orchestra 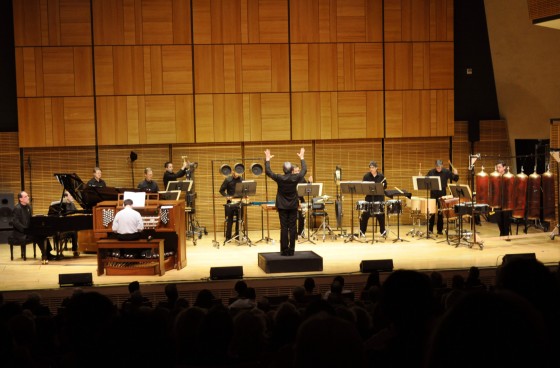 Final note of the Harrison

And tonight, our last night in NY, it’s a program of music by Reich, Foss, Subotnik and the New York premiere of Meredith Monk’s SFS commission, Realm Variations, featuring Cathy Payne on piccolo, along with various SFS musicians and Meredith Monk and her ensemble. 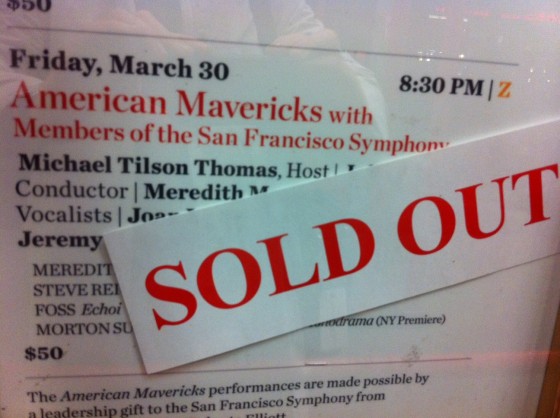 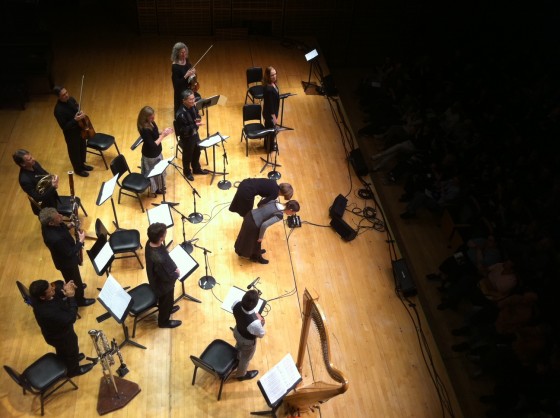 Realm and Variations at Zankel Hall

Tour is coming to a close, time to pack those scores in the trusted tour trunk for the long trip back to San Francisco. 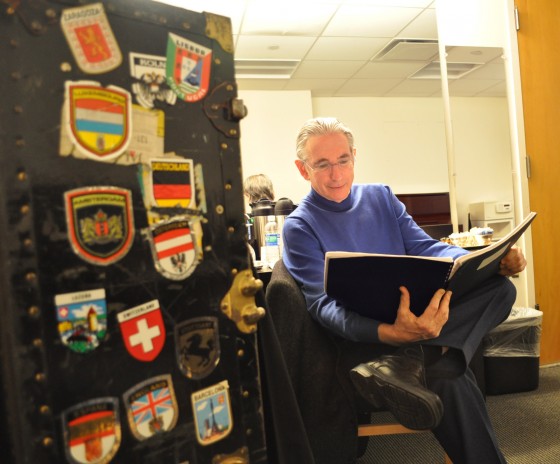 The tour and the American Mavericks Festival has come to a close.  What a month of adventurous, relevatory, exciting, and rich musical experiences.  Let’s do it again, soon.    Elvis has officially left the building. 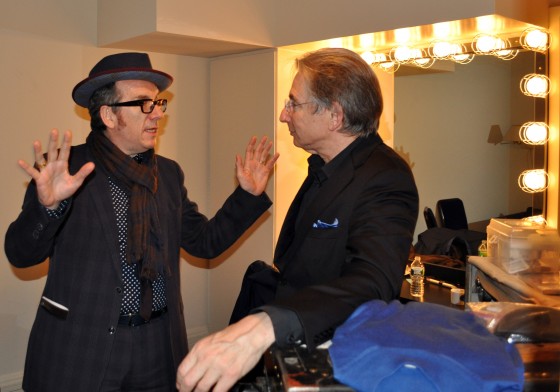