With the American Mavericks Festival and Tour now complete, Davies Symphony Hall is quiet without percussion polyrhythms coming up through the floors, Paul Jacobs on the Ruffatti organ making us wonder if we just had a minor earthquake, and running into an array of props, sets, and weirdo instruments backstage.  Not to say we’re not excited to welcome the Orchestra back with guest artists including Itzhak Perlman, Jean-Yves Thibaudet, and Susanna Mälkki in the coming weeks, but American Mavericks was three weeks of unusual, fun, exciting, spectacular, and completely entertaining music and musicians, and it seems I’m not the only one who thinks so!

“The San Francisco Symphony’s program of Ruggles, Feldman, and Ives-Brant was, as expected, a knockout.”

(Also from Alex Ross is this exclusive update on the ingredients that comprised the Smoothie That Will Go Down In Music History.  As was pointed out to us on Twitter, we realized too late that we should’ve contacted Jamba Juice about a cross-promotion!) 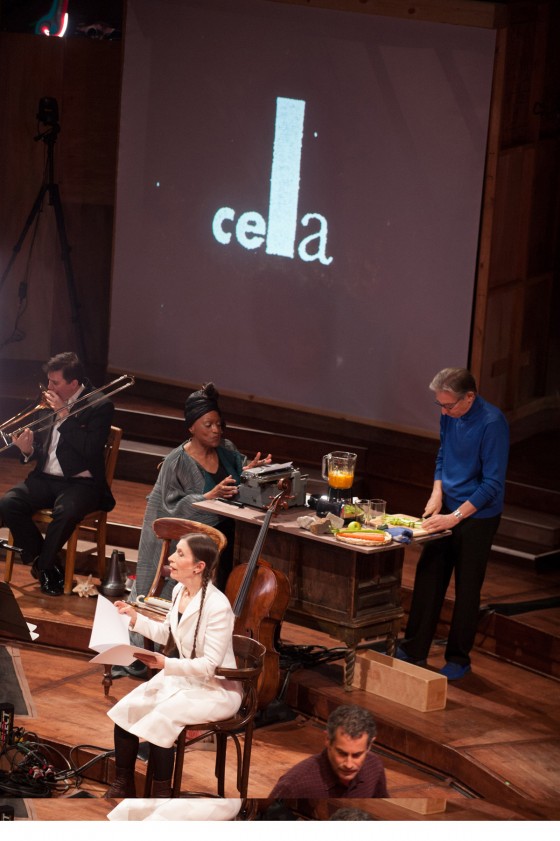 “For this series, part of the orchestra’s centennial celebrations, Mr. Thomas, who has been music director of the San Francisco Symphony since 1995, could have shown off his players in works by Mahler and Beethoven. Instead he adventurously explored the heritage of flinty individualism that runs through American music. The risk paid off, because the hall was packed with eager listeners.”

“In the San Francisco Symphony’s four-night stand at Carnegie Hall, the centerpiece of the American Mavericks festival, the music had about as much in common with your everyday orchestral program as a dog collar has with standard concert dress. But full or nearly full houses all week demonstrated that if you program these spiky, exhilarating works with pride and play them with passion, the public will turn out… it was hard to argue with these thought-provoking, richly entertaining shows or the commitment that the San Francisco players brought to them... Last week’s concerts provided that bracing sense of fresh creation.”

“After weeks of build-up, the American Mavericks Festival opened Thursday night at Davies Symphony Hall. It delivered what Michael Tilson Thomas has been promising: to connect the dots through a century’s worth of music that somehow defines an American sound — in-your- face, yet poetic, an audacious sort of vision.”

“The orchestral works were programmed to the symphony’s strengths: outsized pieces like Varèse’s Amériques unleashed the crazy that SFS does exceptionally well. ”

“The audience was what one might expect for a new music concert: younger than usual for typical SFS crowd, and featured much more facial hair, piercings, and bright clothing than I’ve seen in Davies in a while.”

“…there’s no other orches­tra that can do this. Top flight groups like this play the clas­sics beau­ti­fully, but Tilson Thomas, his imag­i­na­tion, curios­ity and his knowl­edge and under­stand­ing of the range of musi­cal con­cepts means that a pro­gram like this not only works, but aston­ishes.”

“When most orchestras go on tour, they usually bring a star soloist, along with a play-it-safe program of populist Late Romantic barn-burners, the better to ensure box office out of town. Leave it to Michael Tilson Thomas to turn that tradition on its ear…Tilson Thomas and the San Francisco Symphony get props for sheer audacity, presenting such a bizarro piece [Ives’ Concord Symphony orchestrated by Brant] as the main work of a touring program.”

“In the mold of the 17 American composers featured on the tour, the Symphony’s four concerts were blisteringly unapologetic and daring…this Festival is an event of immense cultural importance to the world of American music and, more idealistically, to America at large.”

“No other American orchestra would dare do such audacious programming… the American Mavericks festival shows how indivisible the experimental tradition has been from the wider story of classical music in America…About six months after Michael Tilson Thomas began his tenure with the San Francisco Symphony in 1995, I asked him what he hoped people would think about the orchestra in years to come. He answered: ‘America’s most fearless, most dangerous and most generous orchestra — that’s what I’d like them to think.’   Mission accomplished.”