It’s the American Mavericks Festival’s Opening Day! On the first concert program (tonight and tomorrow night in SF), Paul Jacobs will perform Lou Harrison’s Concerto for Organ with Percussion Orchestra with members of the SFS Percussion Section.  You can preview the music here, or watch a video from Paul Jacobs and MTT about how fun the music is to play. Paul, who chairs the organ department at Juilliard, tells us about what it’s like to be an organist over on Carnegie Hall’s blog.  But what’s it like to be in the Percussion Orchestra?

The composer of the work, Lou Harrison, and his partner Bill Colvig built a lot of the instruments Harrison used in his music (including an entire gamelan).  Several of those instruments are included in the orchestra for this Organ Concerto, like these bells made from empty oxygen tanks.  Today during rehearsal, I ran downstairs to grab some pictures of all the different things the percussionists are playing: 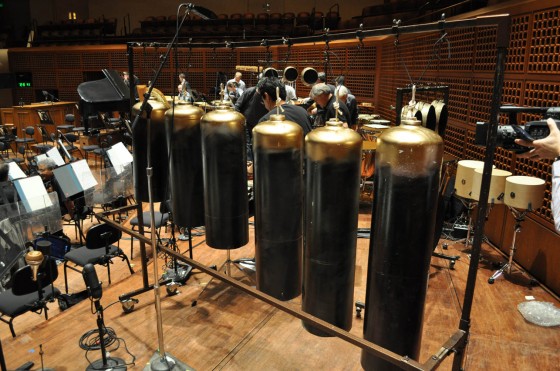 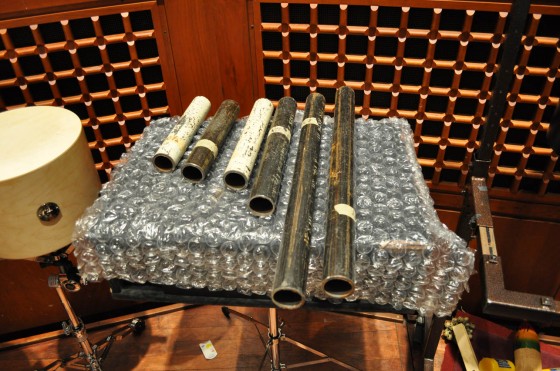 Lengths of pipes (they’ll be hit with a hammer) 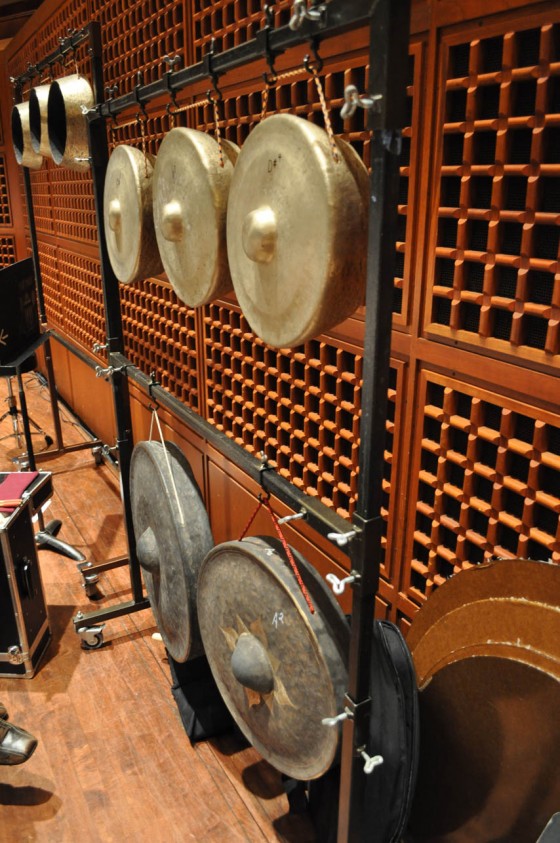 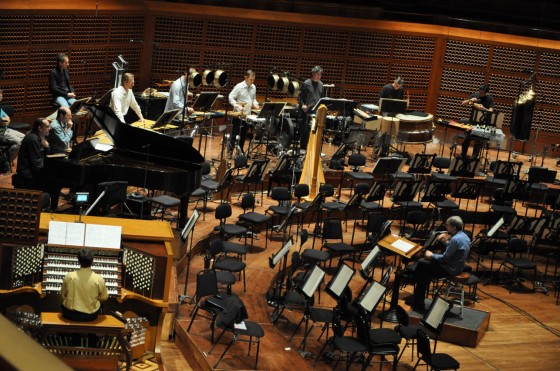 Here's what it looks like with the organ in the middle of it all.

Also—we found out what that percussion instrument we posted yesterday was! It’s a wind machine, and will be used in performances of Carl Ruggles’ Sun-treader.