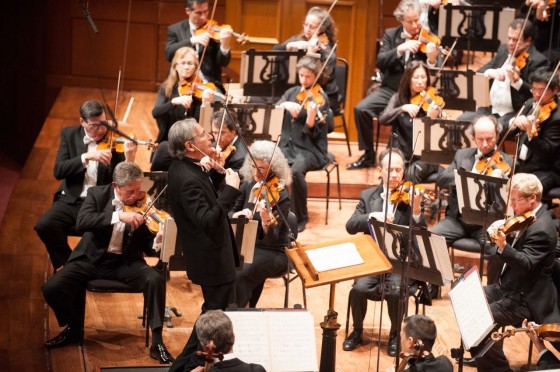 It’s an eclectic audience tonight in Davies Symphony Hall.  Fitting for the group of composers on tonight’s bill.

First up, Copland’s Orchestral Variations.  MTT met Copland as a teenager and they became close friends.  He worked closely with Copland in expanding the original orchestration of this work.  A thrilling performance of the work to get the festival off to a roaring start.

Most of the orchestra departs the stage after the Copland, leaving center stage to the skilled and fearless members of the SFS percussion section.  MTT also became close friends with our next composer, Lou Harrison.  Harrison, who hails from the local seaside town of Aptos, wrote what Michael called “a sonic spectacular,” his Concerto for Organ and Percussion Orchestra.  Paul Jacobs returns to San Francisco to tackle this very fun concerto.  Paul Jacobs was featured on last year’s SFSMedia recording of the Copland Organ concerto in what many have called the signature recording of the work.  The microphones are out again, recording the Harrison work for future release on the Orchestra’s own label.  My money is on Paul, Michael and the SFS to come up with the standard bearer for this work as well. 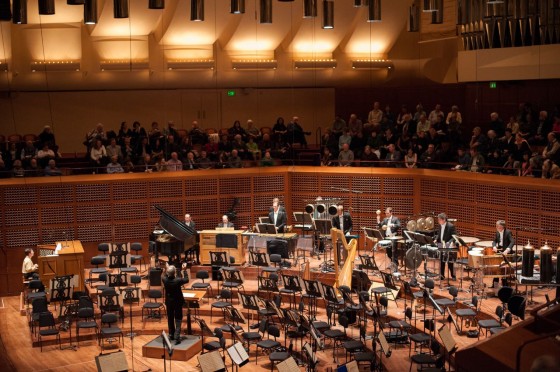 The SFS percussionists really got into the swing of things.  With Oxygen tanks, plumber’s pipes and what looks like warehouse of percussion odds and ends. 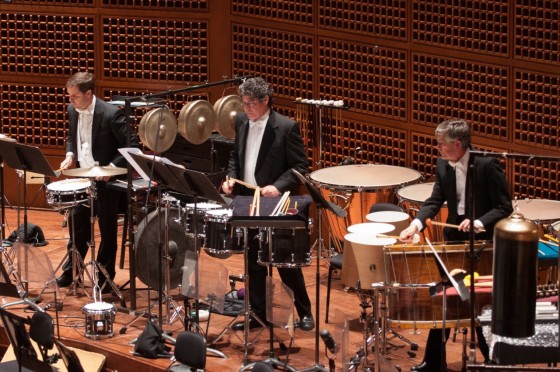 After the break, the original maverick, Charles Ives took center stage, with MTT and the SFS tackling Henry Brant’s transcription of Ives’  Concord Sonata in A Concord Symphony.  As with the Orchestra’s stunning recording released last season, this performance did not disappoint.   It’s turning into quite the party piece for this orchestra, at times dense, at times haunting, jazzy, chaotic, but riveting at every turn.

A thrilling start to the month-long festival of the pioneers of American sound.

All photos by Kristen Loken.