Before Michael Tilson Thomas and the orchestra, Joan La Barbara, Meredith Monk, and Jessye Norman set foot on stage, before the ushers arrive and the box office starts cooking, and long before concertgoers file in to tonight’s San Francisco Symphony concert for John Cage’s Song Books, the unsung heroes of the stage crew are unloading the trucks, assembling the sets, placing the instruments, and setting the Hill Auditorium stage for a memorable performance in Ann Arbor. Tonight’s performance of Song Books explores three worlds: “A Strange Theater” of Cage’s mini-dramas; songs inspired by Erik Satie and Marcel Duchamp, and the writings of Henry David Thoreau. An example of a Cage mini-drama, No. 54: “Leave the stage by going up (flying) or by going down through a trap door. Return in the same way wearing an animal’s head.” 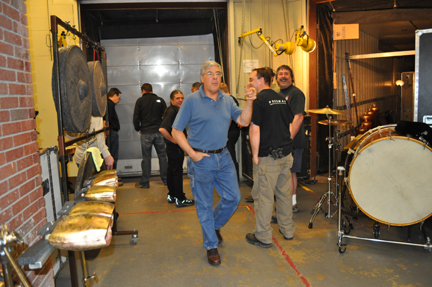 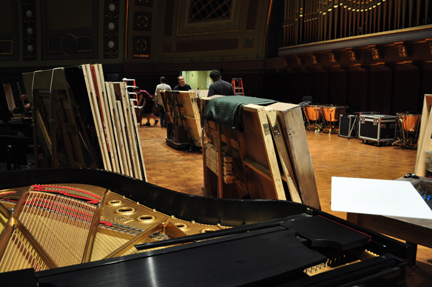 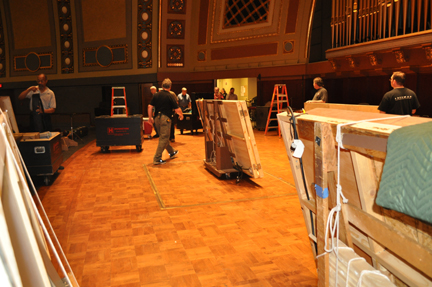 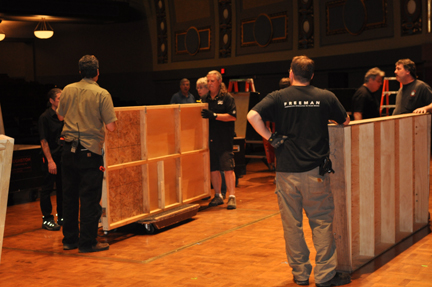 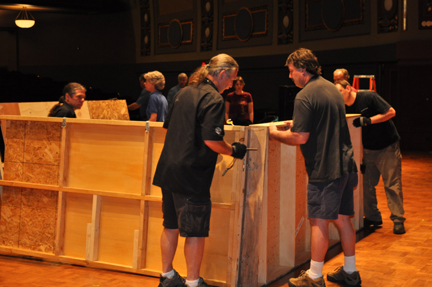 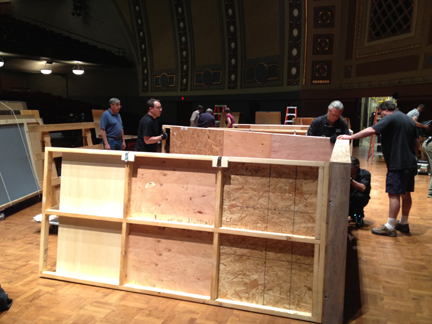