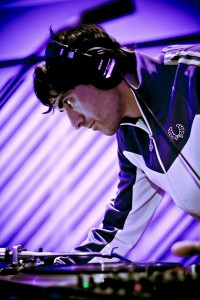 On display throughout the transformed second tier lobby of Davies will be artwork created by the uber-cool Oakland fire arts education center The Crucible.  At The Crucible, they teach classes in metal fabrication, blacksmithing, neon, glass blowing, ceramics, welding, kinetics, and fire dancing.  The art for tonight’s Davies After Hours includes pulsating plasma sculptures by Crucible artist Ed Kirschner—the one pictured below is a detail from Ed’s work titled Vase with Cup of Chaos – perfect for the Mavericks Festival if you ask me! 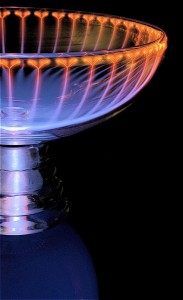 I don’t know about you, but that plus DJ Masonic’s beats and fresh air and mist wafting in from the open air balconies of the second tier lobby make me feel like saddling up to the Davies After Hours bar and celebrating a music festival going very, very well! 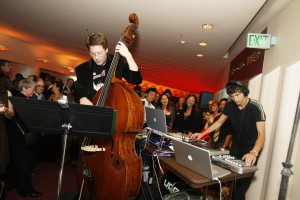